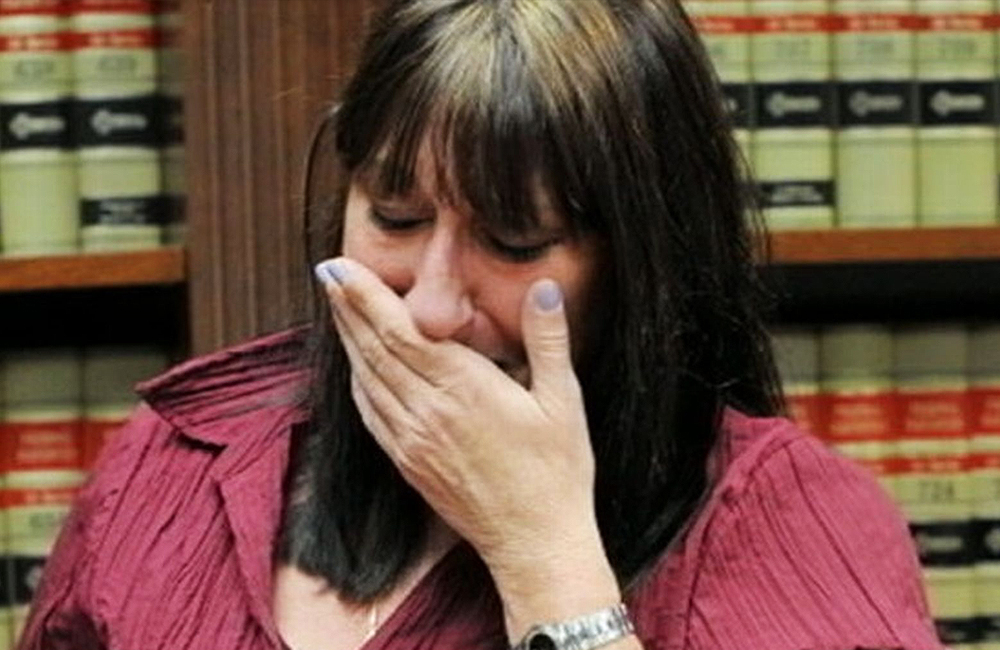 If you think your boss expects a bit much, spare a thought for divorced mother of two Debbie Stevens. The 51-year-old clerical worker from Hicksville, New York gave up a lot more than just her time to please supervisor Jackie Brucia in 2011. In fact, to stay in her boss’ good books, Stevens gave up one of her own kidneys. But wait, that’s just the beginning of this bizarre tale.

Stevens first met Bruscia in 2009, when they both worked at the West Islip branch of New York car dealership the Atlantic Auto Group. But in June 2010, Stevens left the company and moved down to Florida.

However, the former Atlantic Auto Group employee returned to the West Islip store for a visit in September. And according to Stevens, while she was in the office, Brucia mentioned that she had health issues and was in desperate need of a kidney transplant.

Stevens claims that she offered Brucia her kidney right away, without even thinking about it, “Because she [is] naturally a kind and generous person.”

Stevens told the New York Post that Brucia was planning to receive a kidney from a family friend. But still, she replied, “You never know, I may have to take you up on that offer one day.”

Later in the year, Stevens moved back to New York. She approached her former boss and asked if she could re-join the company. Brucia obliged, and weeks later Stevens was re-hired as Brucia’s assistant.

Again speaking to the New York Post, Stevens claims that Brucia invited her into her office in January 2011. And once again, Brucia mentioned her failing kidney and her poor health.

Only this time, Stevens said Brucia asked her if she was being serious when she offered her kidney in 2010. Allegedly, Brucia’s donor had been declined from the donor program.

Remarkably, Stevens stuck to her original offer. “She was my boss. I respected her. It’s just who I am. I didn’t want her to die,” she said. But according to Stevens, all the thanks she got from her boss was a curt, impersonal email.

Unfortunately, Stevens and Brucia weren’t a match. However, Stevens was a match for someone else in the donor program. And as long as she donated her kidney to the National Kidney Registry, Brucia would move up the donor list and receive a compatible new kidney almost immediately.

Both women were operated on in August 2011. Stevens’ kidney ended up saving a man in St. Louis, Missouri, while Brucia’s came from a donor in San Francisco. Stevens was back at work first, as early as September 6 – even though she didn’t feel ready for it.

Still reeling from the surgery, Stevens claims she left work early on September 9 when the pain in her legs and her ongoing digestive issues became unbearable. But instead of sympathy, Brucia phoned Stevens to reprimand her for leaving work early. Stevens says Brucia said it would look like she was getting “special treatment.”

After that, Stevens and Brucia’s relationship deteriorated quickly. And according to the New York Post, Brucia began yelling at Stevens and criticising her in public, in front of disbelieving co-workers. Yet by Stevens’ account, she had just saved this woman’s life.

Eventually, to the chagrin of good Samaritans everywhere, Stevens lost her overtime and was transferred to a dealership 50 miles from her home, in a semi-dangerous neighbourhood jokingly referred to by Atlantic Auto Group employees as “Siberia.”

Stevens then claims her lawyers wrote to Atlantic, explaining the emotional and mental stress she was going through. Less than a week later – and less than a year after Stevens had given up a kidney to save her boss’ life – she was fired by the company she was reaching out for help from.

Speaking to ABCNews.com, Stevens said, “She just started treating me horribly, viciously, inhumanly after the surgery… It was almost like she hired me just to get my kidney.”

In 2012, Stevens filed an official complaint with the New York State Human Rights Division, claiming that Brucia groomed her and “used her for her organ.” In response, Atlantic Auto issued an official statement that read, “It is unfortunate that one employee has used her own generous act to make up a groundless claim. Atlantic Auto treated her appropriately, and acted honourably and fairly at every turn.” Stevens also demanded that Brucia give her kidney back.

In October that year, the division was of the opinion that Atlantic Auto did engage, “in the unlawful discriminatory practices complained of.” And according to the United International Press, Stevens’ small victory “paves the way for a $15 million lawsuit.”

Speaking to CNN, Stevens claimed that Brucia became “demonic” after she returned from her transplant surgery. But when the New York Post approached Brucia outside her Babylon, Long Island house, she refused to answer any questions. Instead, her brother said that she’d like to be left alone. Speaking to the New York Post, Stevens admitted that if she could do it all over again, she wouldn’t give Brucia her kidney.

Then in 2013 Stevens filed a federal discrimination lawsuit, accusing Atlantic and Brucia of violating the Americans with Disabilities Act and firing her simply because she complained about how she was treated after her surgery.

In response, Atlantic Auto’s legal representative John Kelly denied the charges and claimed that Stevens had been fired because she was “disruptive, divisive, detrimental and unproductive.”

Since then the story seems to have gone quiet, and it’s hard to tell if the lawsuit is still pending or the case was settled out of court. It’s all so bizarre – like a far-fetched urban legend – that you’d half suspect the latter. Either way, generally, you’d be inclined to believe that giving up a kidney for your boss would guarantee you a golden retirement watch, and not end with you being fired less than a year later.