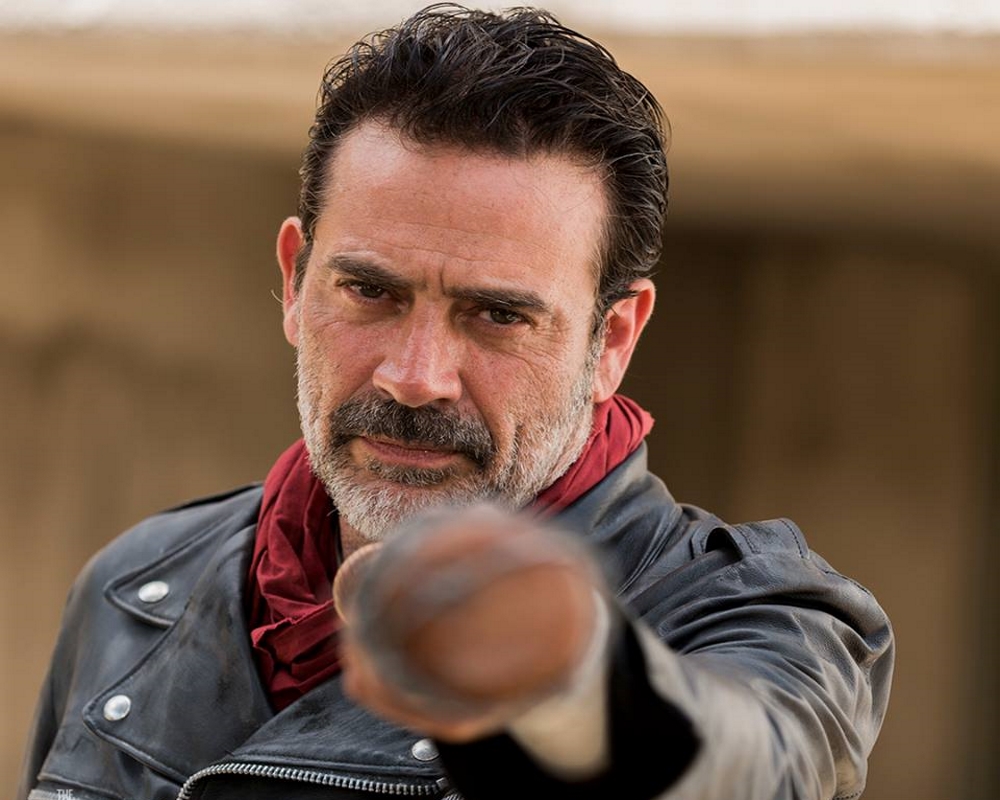 The Walking Dead is the most nail-biting TV show ever created in the history of television.The show follows Rick Grimes and his friends as they struggle to hold onto their humanity in a post-apocalyptic world ridden with flesh eating zombies. But they soon discover that the living amongst them are even more deadly than the walkers.
Whether you’ve been a fan of the show since Rick woke up from his coma or you’ve just recently jumped on the zombie bandwagon, there are some things about the show that not many people know about. Here are 30 of the most chilling facts about The Walking Dead that’ll send chills running up your spine:

1. Before a main character is killed off, the actors have a “Last Supper” on the day their death scene is filmed. Tissues, anyone?

2. An armed SWAT team showed up on set when a passer-by heard Merle’s sniper gun go off and assumed there was a raging lunatic on the loose. The creators of the show explained the situation to the police and everyone returned home safe and sound.

3. Since day one, the walkers have continued to decompose to show elapsed time. If you look back at season one and compare the zombies from then and now, you’ll notice their skin is paler and more…zombie-like.

4. Apparently, Norman Reedus should have paid less attention to flesh eating zombies and slightly more attention on crazed fans of the show. He was once bitten by a stalker fan, who Reedus described as being like a ravaged werewolf. Thankfully, he wasn’t injured.

5. A lot of the show is filmed in the Georgia wilds, which means the actors are constantly fighting off blood-sucking ticks that latch onto their bodies during production.

6. There’s a strong theory that the show and Breaking Bad take place in the same universe. In one scene, Daryl finds a bag of blue meth and in Season 1, Glen steals the same car that Walter left off at a car dealership with some guy named Glen. Coincidence? We don’t think so.

7. In the original comic book series, Rick Grimes suffers a terrible act of violence when he gets both of his hands chopped off by the Governor. However, the creators of the show decided to show some mercy to Rick and let him keep his hands for better action scenes.

8. The walkers on the show never blink. The extras are told not to blink and if they can’t help it, CGI artists edit them out in post-production. Talk about attention to detail!

9. There have been a number of guest star appearances in the form of zombie carcasses and fake heads. This includes Johnny Depp, whose head was replicated as a decapitated walker that misses a beating from Rick by the skin of his teeth.

10. If The Walking Dead was real, the chances of survival are incredibly slim considering the fact that the walkers outnumber human survivors 5,000 to 1.

11. If you take a closer look at the opening logo, you’ll notice it’s become darker and grimier since season one. This is similar to the aging process of the decaying zombies and used to show the progression of time.

12. T-Dog was never meant to die. In fact, Carol was the one who should’ve met a bloody fate that day. However, the actor who played T-Dog was getting on the producer’s nerves when he repeatedly showed up to set late and had a bad attitude. It wasn’t long before they decided to kill him off the show rather than Carol.

13. If you were to search Rick’s pockets, you’d find the bullet that killed his wife Lori tucked away in the corner. He’s had it in his pocket ever since he found it sitting on the ground after Carl shot her.

14. Robert Kirkman stated that the source of the outbreak will never be revealed in the show. If you really want to know what happened, you’ll have to pick up the comic books and start reading!

15. The one-eyed dog that sets off Daryl’s noise traps in season four is called Dooley. The heroic dog lost his eye when he saved his owner from a crazy carjacker.

16. If you’ve always dreamed of becoming a walker on the set of The Walking Dead, you have to attend a real-life zombie school to learn what it means to be a true “walker”.

17. Daryl’s character never existed in the comic books. He was created especially for Norman Reedus, who impressed everyone with his fantastic first audition.

18. When Rick and the gang hide in the church, the Bible verses on the walls refer to passages about people coming back from the dead.

19. We were all shocked when Glenn was brutally murdered in the season 7 premiere. But the show received a lot of backlash after the episode aired. Many people thought it was way too violent for a television series. However, most hardcore fans saw nothing out of the ordinary about the blood, gore and violence.

20. The bat wrapped in barbed wire that Negan loves so much is actually named after his wife, Lucille. She died from terminal cancer before the virus set in and Negan was riddled with guilt since he had been having an affair with another woman.

21. The actual word “zombie” has never been uttered on the show. The reason is because the characters have no prior knowledge of zombies. Therefore, they naturally came up with their own name for the flesh-eating monsters.

22. All of those bloody guts getting devoured by the walkers are actually hams dipped in vinegar. Tasty.

23. HBO turned The Walking Dead down because they thought it was too violent.

24. If you have $300 to spare, you can buy Daryl’s crossbow at Wal-Mart. Just don’t go around shooting zombies with it!

25. Despite the fact that the walkers groan and grunt, the sounds they make aren’t added in until post-production.

26. During season three, more of the characters are killed by fellow survivors than walkers. This includes 14 out of 17 deaths caused by other people.

27. When lunch time comes around on set, the walkers eat separately from the “people”. The reason for this is to keep the actors “on edge” when shooting scenes with the walkers.

28. When Scott Wilson’s character died, he took Hershel’s decapitated head home as a memorable gift. He now proudly displays it on his mantelpiece.

29. Out of all the tough zombie-killing characters on the show, Rick has the highest “kill count”. It currently stands at around 100 (and counting).

30. When Michonne’s character made her epic entrance with her two “zombie bodyguards”, she wore a hooded cape. This concealed the fact that her character wasn’t cast at the time.

31. The most popular fan theory is the belief that the whole thing is just a terrifying nightmare.This theory suggests that Rick never woke up from the coma and is actually still lying in his hospital bed in Atlanta.