This Rare Facial Condition Left Her With A Bulging Nose. Doctors Were Unable To Help, But Now She’s A Totally New Woman.

Imagine looking in the mirror every day and despairing. For one woman from Louisiana, this was her reality for years. Ever since she was a teenager she had become extremely self-conscious about her face. But from these pictures it’s difficult to understand why.

That’s because when Pamela Ichard was a little girl she looked completely normal. But she had no idea what was around the corner for her. It all started when she hit her teenage years and her appearance began to change dramatically. And there was absolutely nothing she could do about it.

Most teenage girls are self-conscious about one thing or another, but for Ichard, it was a totally different kettle of fish. She experienced something that was very abnormal for a girl of 15 years. And it’s no wonder that her self-esteem drastically suffered as a result.

She had a bit of acne, which is to be expected for any teenager. However, her acne got pretty bad and left her with bumps and pimples all over her face. Before that she had always had perfect skin, so she couldn’t comprehend why her face was changing so much.

“Puberty set in, acne set in — it got to be really bad. The bumps became purple, and red, sometimes tissue would come out of it,” Ichard said. Puberty is a difficult enough time, even if you don’t have terrible skin issues to deal with.

So she went to the doctor to try and get it fixed. She was told that she had an advanced form of rosacea and she underwent various treatments to try and heal it. However, her skin only got worse and worse. It was then that Ichard began to despair. Was there anything she could do?

Not even the laser treatment and strong medications had any effect on the quality of her skin. Instead, her condition intensified, and her self-esteem diminished accordingly. But, unfortunately for her, the worst was still yet to come.

“The doctor would prescribe me different types of medicine, but nothing worked,” Ichard recalls. Considering it was having such a negative effect on her self-confidence, was it really possible that there was nothing that could be done?

But, Ichard’s nightmare truly began a few years later. It was when she had her second child that she noticed something awful. Her nose was changing shape altogether. It began bulging and looking increasingly deformed as the months went on. This was far more than just a bad case of acne.

She remembers her nose continuing to swell from that point on, and there was nothing she could do to stop it. Doctors were baffled by her condition and weren’t able to find a cure. Her confidence plummeted to the point she developed anxiety.

For years after that Ichard was embarrassed about the way she looked. She was even too scared to leave the house at times. Her anxiety was getting totally out of control and there seemed to be no end in sight for her.

“Despite going to different doctors, no one could tell me what was going on with my nose,” she said. “Every time I looked in the mirror, something would be changing on my face. My nose is so large I was embarrassed.”

So, after struggling with her condition for over 30 years, she knew something had to change. Then, in 2016, she made the brave choice to appear on U.S. TV Show Doctors. It was there that she shared her heartbreaking story with the nation.

At this point, she was 46 years old, and at the end of her tether. She told the show hosts how badly her condition was affecting her life, saying, “There’s gotta be a cure for this, there’s just gotta be. I just wanted to look normal.”

The doctors on the show explained to the audience that Ichard was presenting symptoms of Rhinophyma. Dermatologist Sonia Batra said that this condition normally affects older men, and it is rare for a woman of Ichard’s age to get it.

Batra even said, “I think the most frustrating aspect is there’s no cure, and there’s no quick fix.” So, was that to say that there was nothing the docs could do to help Ichard? Not quite.

First they got in touch with another specialist doctor based in Baton Rouge, LA. Ichard was invited to do a video call with Dr. Ann Zedlitz who had offered to give her some medical advice regarding her unsightly nose. Luckily, she had come across the condition many times before.

Dr. Zedlitz explained how in minor cases topical creams are enough to cure it. However, Ichard was clearly too far gone for this at this stage. She needed something more drastic than a lotion. That’s when she offered to carry out surgery, completely for free.

Ichard was visibly overwhelmed by the offer. She was very emotional as she told the hosts that the medical intervention would represent “a new beginning” for her. That was in October 2016. And what about now?

Well, the surgery is complete and she looks like a new woman! The producers on the show Doctors invited her back on for the big reveal. The audience simply couldn’t believe the transformation. Was this even the same woman?!

And here she is! Ichard strutted back onto the stage in a sassy red dress with what seemed like a whole new lease of life. She was pretty much unrecognizable, but her huge smile told us all we need to know. She was clearly back to feeling good about herself once more.

Now Ichard is free to live her life without feeling self-conscious and ashamed anymore. Those days are over and now she can focus on more important matters without worrying what she looks like. Ichard’s nose surgery has transformed her appearance, but the biggest triumph is that she now feels confident in her own skin. 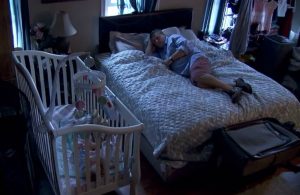 After This Dad Heard Strange Noises, He Realized They Were Being Watched At Night
November 2, 2017 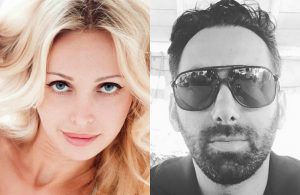 After This Banker Dumped His Girlfriend, She Got The Most Insane Revenge
October 17, 2017 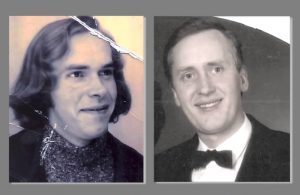 Separated After World War II, These Twins Gave Up On Ever Seeing Each Other Again
July 17, 2017