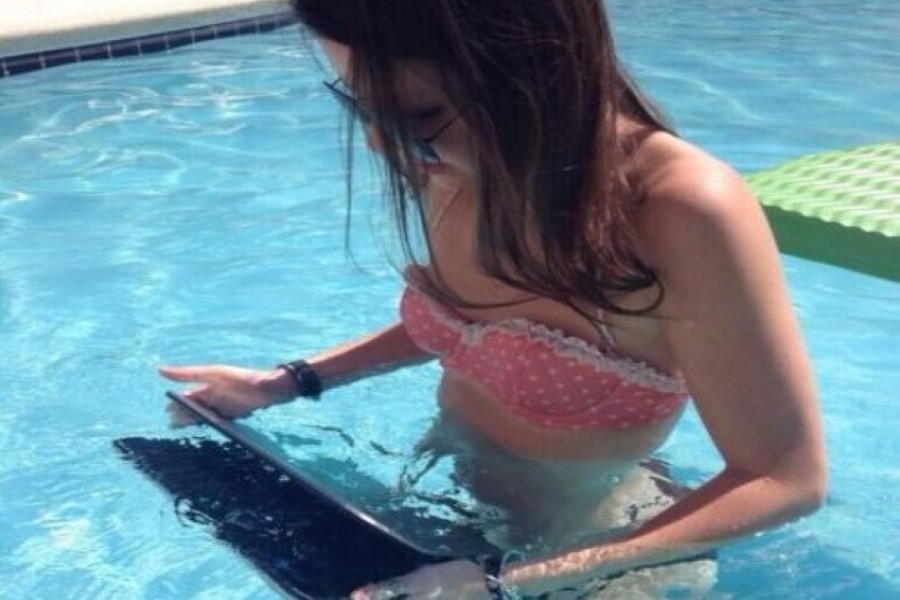 Have you ever come across a person doing or saying something that makes you think, “Jeez! Am I a genius?” probably yes. Every day you walk across the street and see someone doing something you wouldn’t expect a normal breathing human to be doing.To them. it’s perfectly normal in their mind. Maybe you have come across dumb posts on social networks that make you wonder if they ever stepped in any school whatsoever. The truth is, there are dumb people living in the society. Though we can’t say that these people are always dumb, once in a while, we are certainly allowed to say so. Especially when we see them doing something that’s labeled dumb.

Some of the stupid things people do are hilarious and actually lighten heavy moods. But others cross the lines and even expose them to certain dangers. Below are 15 photos that show us truly people can get so stupid and dumb. Some of them will crack you up and others will make you wonder what happened to these guys after. 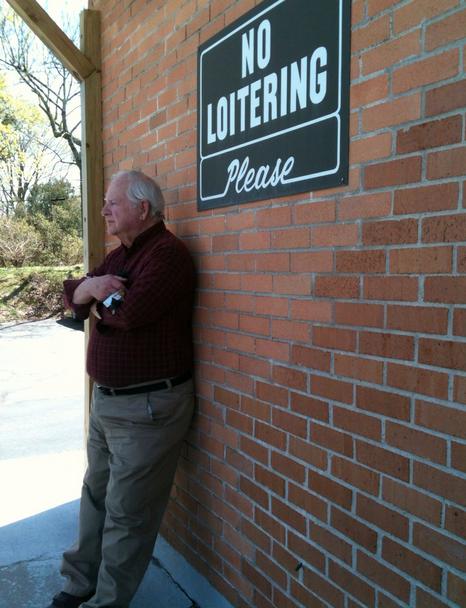 This has happened to several people before. Standing next to a sign that says no loitering makes people wonder if you are there watching to make sure nobody stands there or if you just couldn’t read. For this man, we are going to assume he couldn’t read. 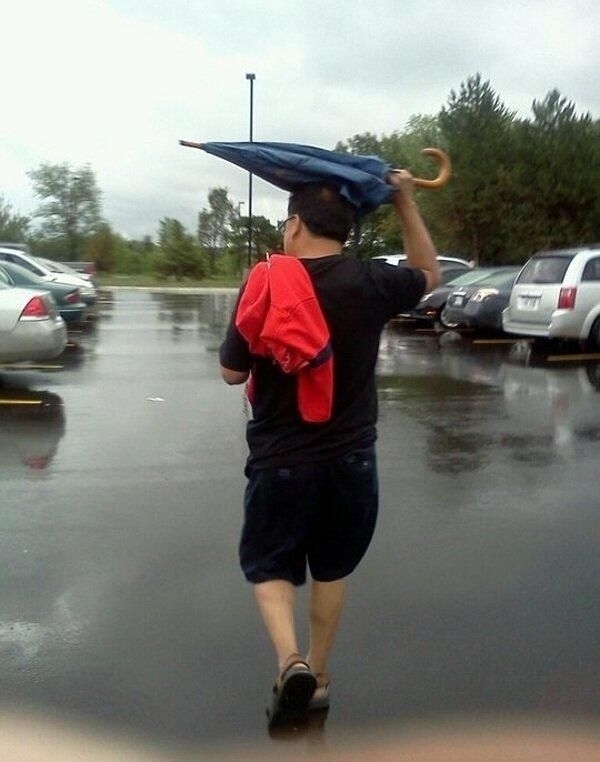 This is what happens when you do not read instructions on things you buy. This guy doesn’t know an umbrella has to be opened for it to serve its purpose. 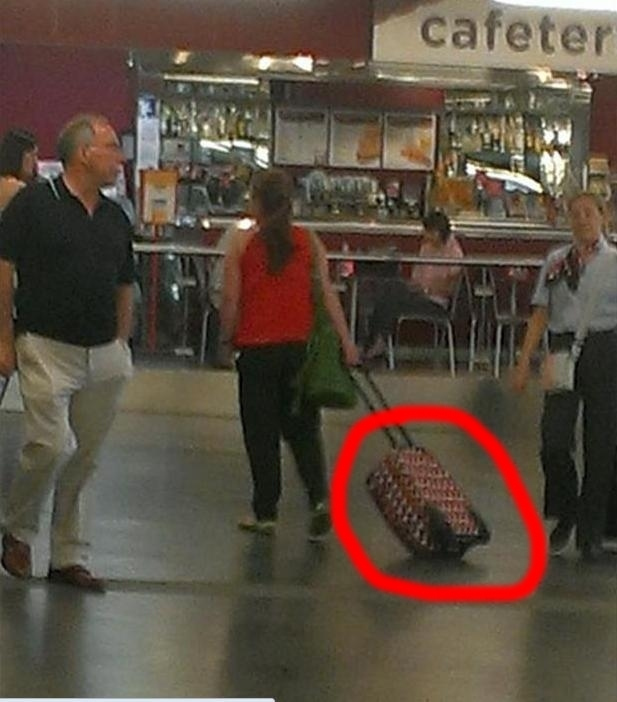 Another one who forgot the suitcase has wheels that should lie on the floor for it to be pulled. But we assume it actually flipped the second this photo was taken. 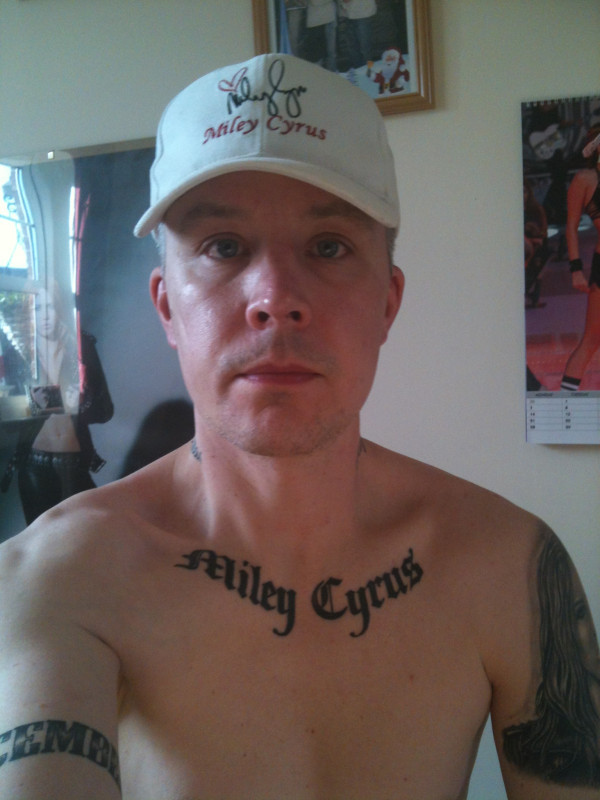 Being a fan is quite acceptable. But getting obsessed to this extent is no wonder girls will sneer when they see this guy. 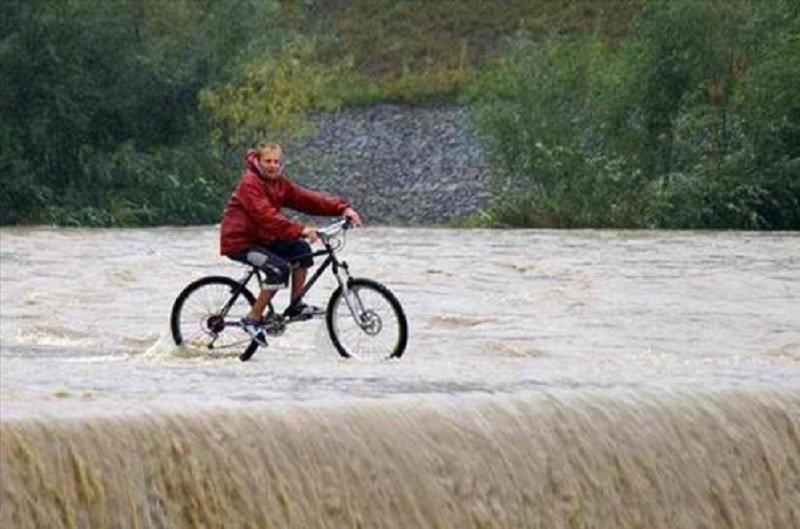 This is so dumb! I will just leave it here for you to decide for yourself what to say about this photo. 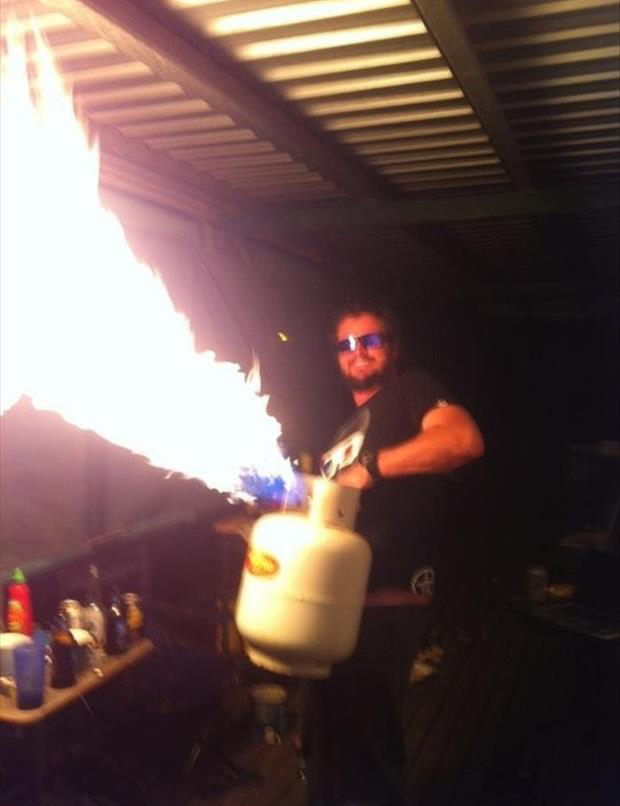 The fate of this guy must have been so sad. Please do not try this at home unless you are committing suicide. 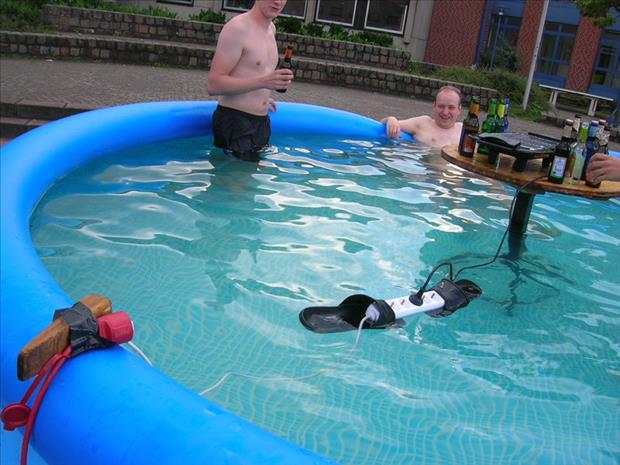 At least everyone who has stepped into a school knows that water and electricity are not good friends and when they mix, anything in their path tastes their wrath. Well, at least everyone except for these guys in the pool. 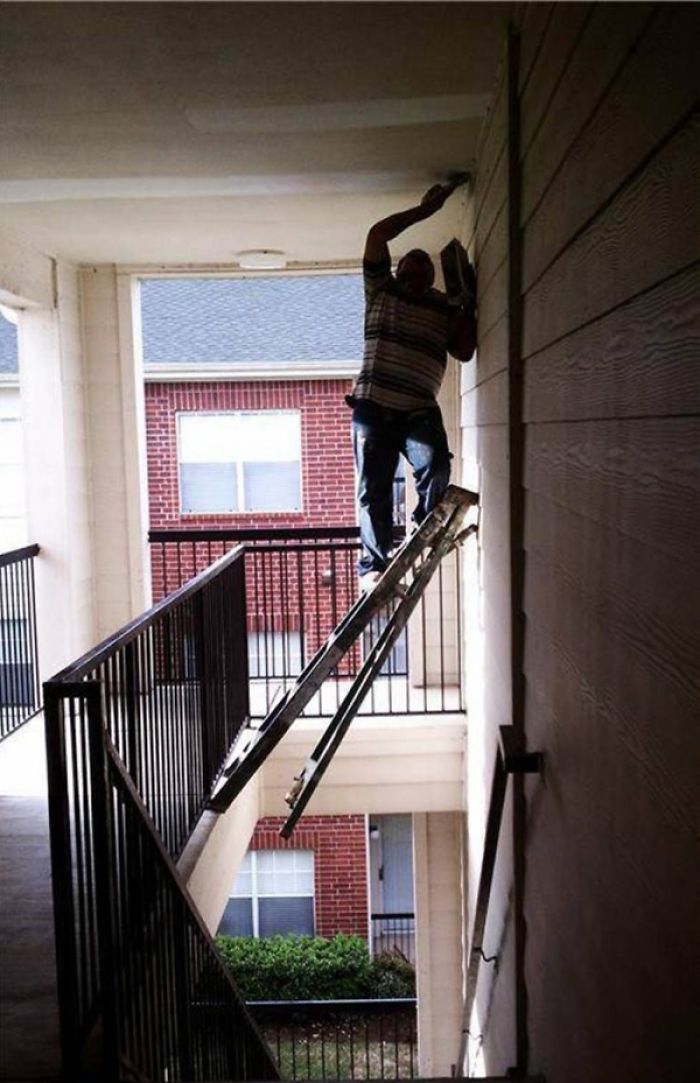 A James Bond trick that might end tragically. How do you position a ladder like this, seriously? 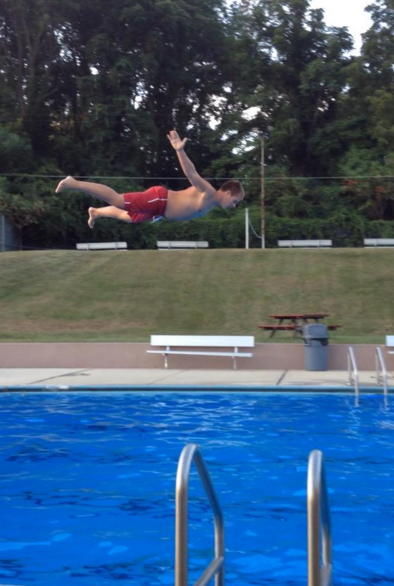 This should be used as a warning poster in swimming pools to warn people against this kind of diving. I pity this guys lungs… and his trainer. 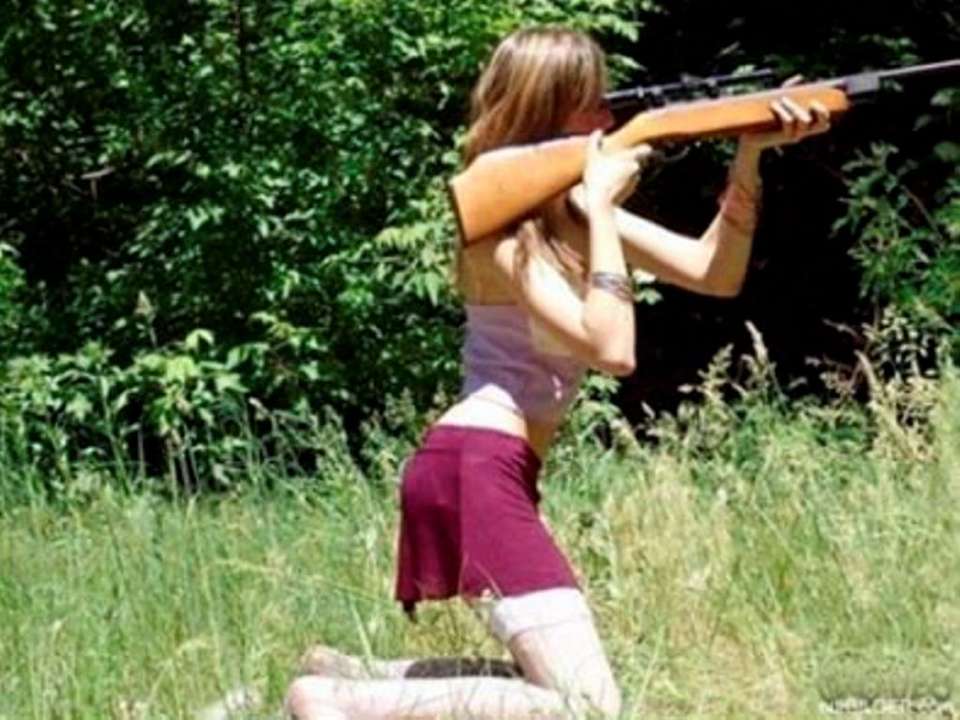 Let us hope someone warned her before she pulled the trigger while in this position. It’s always good to ask for instructions when doing something for the first time. 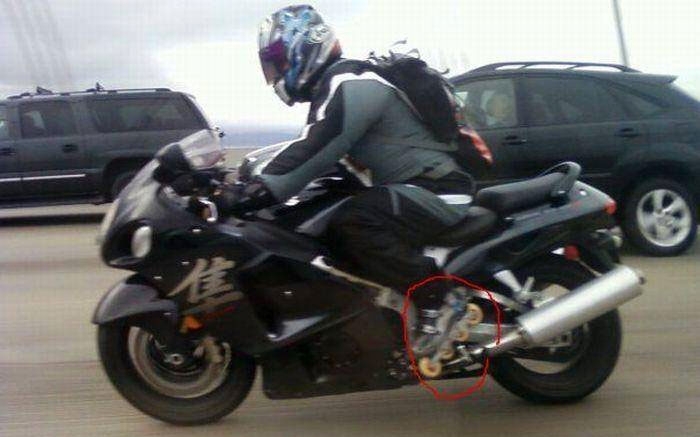 This guy though if he rode the bike with skating shoes, he will go at 250km/h. Lol. This is too painful to bear. 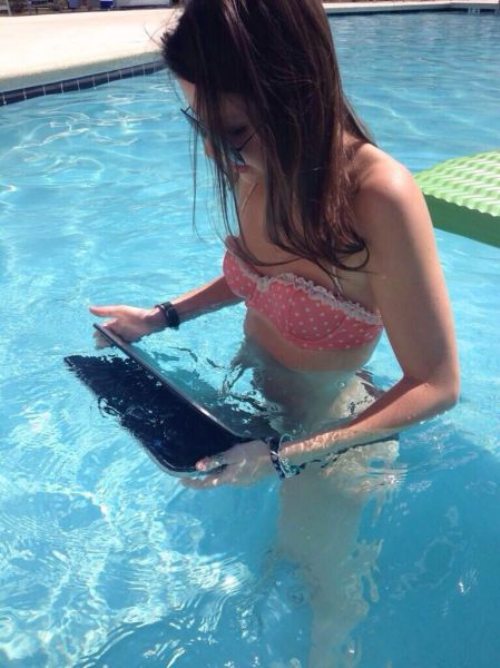 Fine. Netflix and Chill is allowed anywhere. But sometimes, people like this lady forget most electronics are not waterproof. 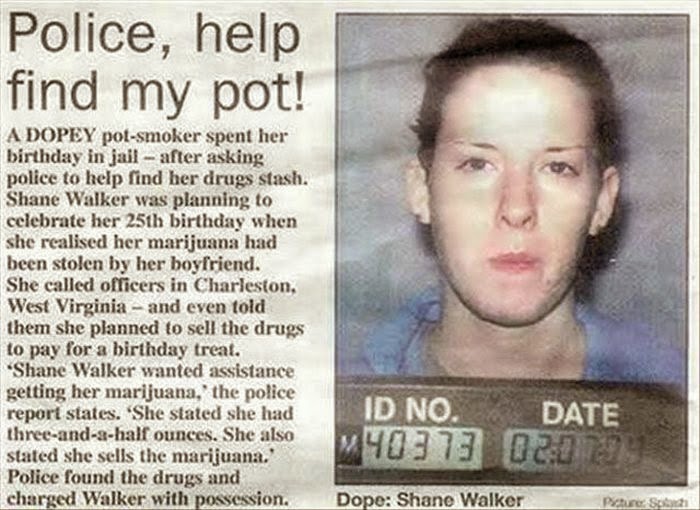 When you turn to police to everything you lose, this is what happens. How do you report yourself in such a dumb way? Or is it the drugs that had screwed her brain?