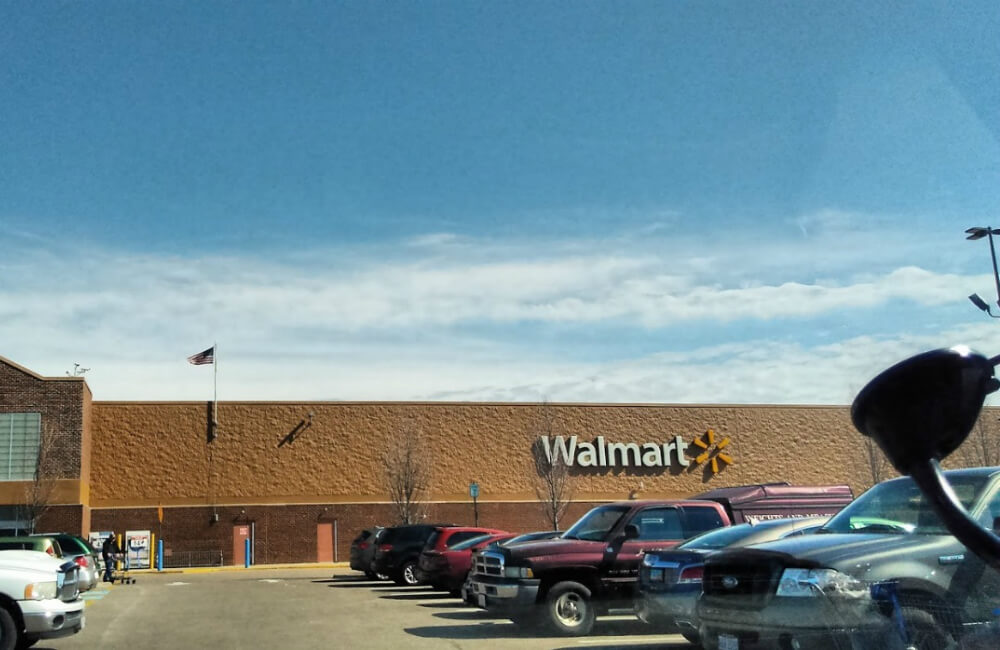 Tia Withers was in a Walmart parking lot when she saw a couple arguing. They had a young boy with them and Tia couldn’t look away. Then she locked eyes with the mom and realized that something awful was taking place.

The day seemed like any other. Tia Withers was parked in her truck with her kids. It was then that she heard a commotion – and an extraordinary series of events would follow.

Sitting in her vehicle in Columbus, Ohio, Tia turned to look and saw a man who seemed to be utterly enraged with the woman who was with him. They were also accompanied by a boy, making the scene all the worse. However, it would turn out that this was no normal family argument.

Tia could see that something was very wrong. They were outside a Walmart, but the man kept referring to a Western Union.

What was unfolding was no doubt upsetting to see, but things would soon escalate to a shocking new level. Tia couldn’t believe what was taking place – and she would soon realize that she was witnessing a crime as it happened.

In fact, Tia had overheard the man say that if his companions didn’t get back in their car then he would kill them. Clearly, the stakes were extremely high. Was this a case of horrifying domestic abuse?

In fact, the woman had actually managed to reach 911 – but she couldn’t talk to the operator for fear of being caught. The dispatcher brought the call to the attention of the police. However, without any details they had very little to go on.

“We had an open 911 call going on, [but] we couldn’t get any information,” they reported. “In the Taylor Square Shopping Center, a guy keeps talking about a Western Union.” Was money the reason that the man was so angry?

Seeing what was happening, Tia moved fast. In fact, she managed to block the man’s car in with her own while she called the police.

It was only when he began gearing up to smash right through her vehicle – with her kids inside – that Tia decided to move out of the way. And she had good reason to be afraid.

In fact, the woman had managed to catch Tia’s eye while the man’s back was turned. She mouthed six words and Tia knew that she had to do something quickly – or it would be too late.

The woman had a simple message. “Help me, we have been kidnapped,” she had said. This wasn’t a family at all. The man was a kidnapper – and he had two hostages.

In fact, the man – Michael McKinney – had kidnapped the pair in North Carolina. He had then driven them hundreds of miles through Cleveland and on to Columbus. It was there that he had found his way to the Reynoldsburg car park. And it was believed that he had a knife.

McKinney had been trying to force his victim to collect cash from a Western Union. However, they had failed – and, consequently, he was incandescent with rage.

Looking right at them, Tia was able to reach the police. “Two people have been kidnapped,” she said. “They are sitting there in a car. I am blocking them off.”

When it seemed like McKinney was about to reverse out of his space and through her truck, Tia, still on the line with the police, could be heard saying, “Oh my God, oh my God.” However, she didn’t give up there.

Indeed, she began tailing McKinney while keeping the police up to date with exactly where he was. “He kidnapped this woman and boy. I’m trying to follow him and he is by Walgreens now,” she reported.

“Please, somebody help,” she said to the dispatcher. Fortunately, assistance was on the way – and the police would soon be out in force.

Tia continued to pursue McKinney along Taylor Road and onto State Route 256. It was then that the cops finally caught up with the kidnapper – bringing him to a stop outside a Tim Horton’s.

“Oh my God, he got out of the car and he just threw something in the grass,” Tia told the dispatcher. He had thrown a package which was believed to contain methamphetamine.

The police took McKinney in, and were able to rescue both of the kidnap victims. Despite the pursuit, both were released without any physical harm coming to them. One can easily imagine that they would be traumatized by their experience, however.

Tia was ecstatic. “Oh, I am so thankful for you guys,” she said to the police dispatcher. “Oh, thank you guys!” The kidnapper would soon be charged with extortion, kidnapping and drug possession while being held in Fairfield County jail.