This Family of Kittens Were Found Trapped in a Drain, Prompting an Incredible Rescue Operation

Cats are very agile, versatile animals, and they can negotiate a lot of different environments with ease, but even they get into trouble sometimes. In some cases, they can themselves into situations so outlandish that animal rescuers have to get very creative. This is one such example, and it’s kind of mind-blowing.

Hope for Paws, an LA-based animal rescue centre, were contacted because a cat had been found stuck in a drain. When they arrived, they discovered that there was a little bit more to it than that. They weren’t just dealing with a stuck animal, they were dealing with a full on emergency.

The cat in question was stuck so far down the drainpipe that the team needed to use a flashlight to even see where she was properly. Once they got a good look at her, something even more troubling came to light. The cat wasn’t down there by herself, she had four kittens.

Further inspection revealed that the cat was a mother, and she had her four very young kittens down in the pipe with her. This was more than Hope for Paws were expecting, so they had to rethink their strategy. They came back the following day, armed with more people and better gear.

The first thing they needed to do was get a proper look inside the drainpipe. Even at this stage, they hadn’t been able to get a proper good look at the cats and assess their condition. In order to do so, they had to employ a bit lateral thinking.

They strapped a flashlight and camera to a small remote control car, and then linked the camera feed to one of their phones. With that done, they tethered it up and drove it into the pipe.

Once it got down there, the team were granted their first proper look at the unfortunate feline family. Understandably, the mother backed up, hissed and swiped her paws at this strange, bright, noisy intruder. The situation didn’t look good.

Drainpipes exist for one reason – to carry rainwater. The moment there was any rainfall, the cats would be in very real danger of drowning. An adult on its own might well have been able to survive, but a mother with four very young, virtually immobile kittens? Not a chance. Something had to be done.

Now that they had an idea of how far down the cats where and what kind of condition they were in, it was a case of figuring out a way to get them out. Digging them out was out of the question and trying to get the mother to move would never work.

The team constructed a 60ft long pole, taping several different lengths together. At the end, they placed a kind of cushioned ram with bags, tape and fabrics. The idea was to push the mother from one end, and force her out of the other side.

There was a risk to this technique too, though. The piston-like end had the potential to hurt or even crush the kittens, so the team placed the camera at the other end, broadcasting a live feed back to make sure that the little ones were alright.

While they were pushing, other team members watched the feed, making sure that everything was running smoothly. Using the pole, they were able to push the mother into a cage at the other end. The kittens, meanwhile, were still in the pipe, so they had to go in again.

As they pushed the pole through once more, with a bigger cushion, something very helpful happened. The kittens were on a bed of leaves, and as the pole made contact, the leaves provided a kind of cushiony layer which prevented them from any harm. This made it far easier to slide the kittens up the pipe.

As the pole drew closer, they gradually revered the camera car backwards to keep a tight frame on them without getting too close. Because the padding on the pole was so thick, it formed a seal which stopped any of the cats from getting caught in a gap.

Eventually, and very carefully, they were able to push the whole family to the end of the pipe, where they were waiting to gather them up and move them to safety. Just to be sure, they took the pole out and pushed it up the pipe again to see if any stragglers had been left behind, but it had been a clean sweep.

Once they had them out and safely caged, they were able to determine a bit more information about the cats. The mother’s behaviour suggested that she was domestic, rather than feral, which meant that she could be adopted straight away.

JoAnn Wiltz, the Hope for Paws cat expert, decided to foster them herself until more suitable homes could be found for them. The family were certainly unsettled, but otherwise they were perfectly healthy.

The mother was quite young, and the kittens themselves were around six weeks old. Younger mothers are easier to care for, but the team still had to wait a while for her to get settled before they could look at finding them a permanent home.

The team were so enamoured with them, that they decided to name them according to their sweetness. The mother was named Nutella, and the kittens were named Toffee, BonBon, Nougat and Snickers.

The kittens are up for adoption now, having had enough time to get settled and recovery from the incident and the doubtlessly traumatic events which led up to it.

Nutella, meanwhile, is doing some charitable work of her own. While her kittens are waiting for there permanent homes, she’s taken custody of a new litter of kittens which Hope for Paws found abandoned not long after she was rescued.

Hope for Paws managed to turn a dire situation into a daring rescue, and gave a whole family of cats a new chance for happy lives. In the process, they managed to prove that remote control cars can do much more for animals than just terrify and enrage them – they can help to rescue them. 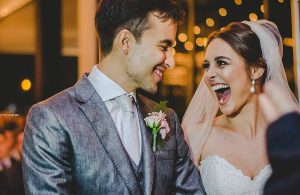 After They Got To Know This Wedding Crasher, They Wouldn’t Let Him Leave
November 8, 2017 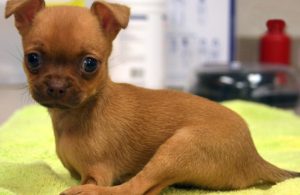 Things Were Tough For This Puppy From The Start – But A Little Creativity Has Got Her On Her Feet
October 30, 2017 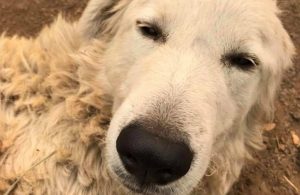 This Goat-Herding Dog Faced A Wildfire, And It Seemed Like He Did His Job To The End
October 19, 2017