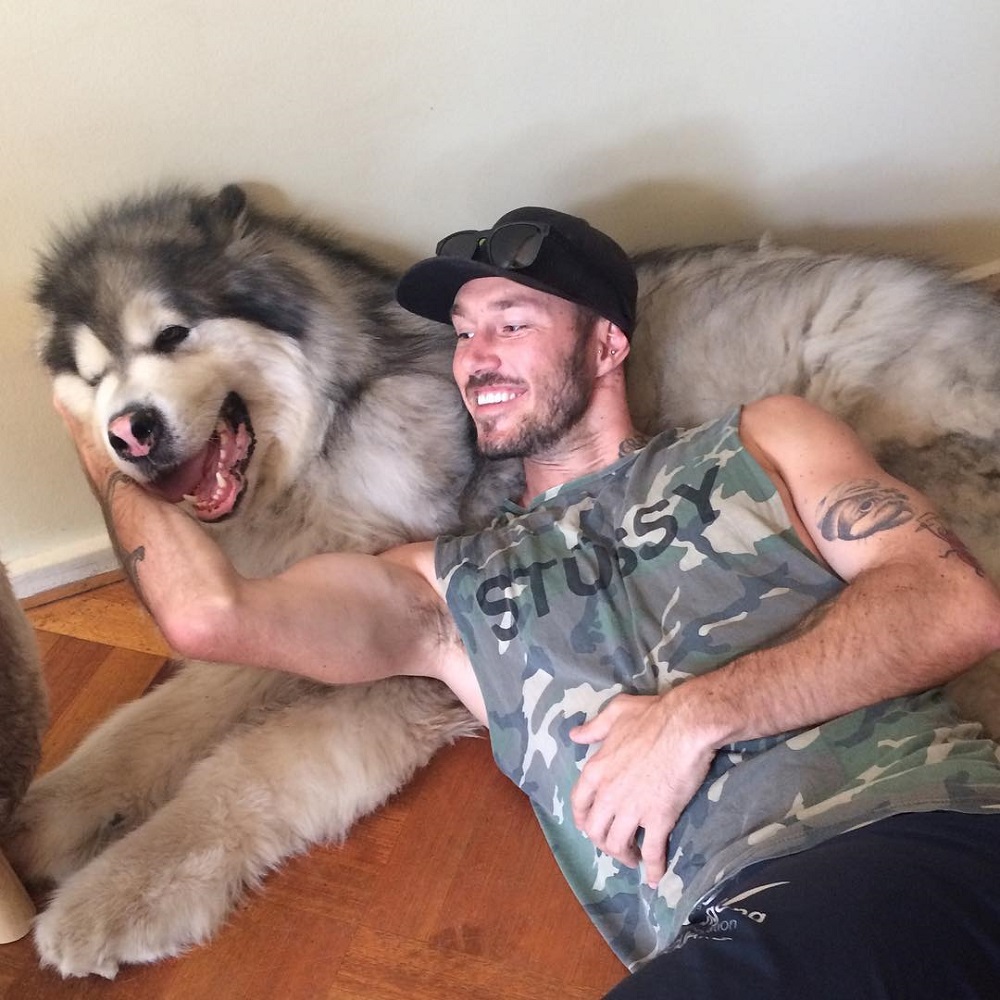 When dog lover Ryan Anderson began working with abandoned pups, he didn’t expect it to be anything more than a weekend hobby. But today he’s devoting his entire life to the cause and his love of pooches is putting fellow dog enthusiasts to shame. Now he’s on a mission to make sure every dog in the world finds a loving home.

As a child, Ryan Anderson always knew he loved dogs. Growing up in South Australia, the animal lover was introduced to his first pet pooch Lula – a Chihuahua who has sadly since passed away. Little did he know that Lulu would light a spark that would stay with him his entire life.

When he grew up, Ryan became even more fervent in his love for hounds. However, he knew that his passion for the animals extended way beyond mere pet ownership. And so his attention drifted towards those less fortunate dogs – the ones without a home.

Now living in Adelaide, Ryan began offering his services to local rescue groups. During weekends, he started taking care of vulnerable dogs and taking them into his home whenever he could. He also attended animal welfare events and donated whatever he could to dog charities.

While his work was undeniably helping his local community, Ryan was sure that he could do more. So he began looking for new and original ways to educate the general public about his favourite pets. And his mind naturally drifted towards social media.

Soon, the big-hearted Aussie came up with a plan: why not take a picture with every different breed of dog in the world? The project had no drawbacks. Not only would Ryan get to meet more of his beloved animals, but he would also introduce lesser known breeds to social media followers.

In 2013 Ryan began his quest with a picture of Quest, a Labrador Retriever who just so happened to have a knack for sniffing out electric ants. After uploading the photo to his Instagram account, Ryan saw that his post was as an instant hit and became even more confident that his project would catch on.

Shortly afterwards, the animal activist began posting more and more snaps on his Instagram page. Besides pictures with Alsatians, Collies and Schnauzers, Ryan also took time to pose with abandoned dingos. Even Lulu got in on the action.

Naturally, Ryan knew the account was going to be successful, but he didn’t imagine the amount of followers his page would attract. What started out as a part-time project was quickly taking over his life and the activist knew that he had to step up his game.

“Initially, I was just out on a personal mission,” Ryan admitted to The Dodo in April. “However, as it gained more traction…I decided to help better educate the general public in regards to dog ownership and promote rescue dogs through social media.”

Every superhero has one moment that kicks them into a life of good-deeds. And – thanks to his blossoming popularity on social media – Ryan had just experienced his. Soon, Ryan Anderson was no more and in his place stood the Aussie Dog Guy.

With his new alter-ego in check, Ryan became even more committed to his cause. Indeed, he made his love for dogs a full-time passion by beginning work as an animal welfare inspector for the RSPCA. Amazingly, he still used whatever free time he had left to help his canine pals.

“Not only is it my full-time job to work with rescue animals, it is also my passion and hobby,” he enthused. Describing himself as a “Crazy Dog Lady Man,” Ryan’s love for the animals certainly goes beyond what most people would imagine. “I live and breathe dogs,” he added.

As Ryan’s online popularity grew, his focus shifted from meeting every dog breed to finding homes for abandoned pooches. In one post he highlighted the case of Storm, a Siberian Husky who was just hours away from being euthanized before finding a family.

While promoting the rights of shelter dogs online, Ryan is also dedicated to doing his bit in real life. In fact, many of the hounds he poses with on Instagram are those temporarily in his care. For example, one recent snap showed him casually chilling with six different dogs.

“My favourite part would definitely be the moment one of your foster dogs finds his forever home,” Ryan admitted. “It’s sad to say goodbye, but it opens up a new spot for another foster to join the family.”

Though many of his guests mays be fleeting, Ryan can always count on his own dog Goose for companionship. Born in 2013, this Rottweiler has been a fixture of Ryan’s posts since the very start. And the duo can always count on each other for love and support.

Besides his wingman Goose, Ryan also has a kitty called Krumm in his guardianship. But this is as far as the activist wants to take his permanent family as it leaves more space for foster pups. “The less dogs I own the more I can foster is my motto,” he revealed.

Of course, Ryan’s work has landed a lot of interest online. But his campaigning has also led him to receive adulation of the most unexpected kind. In fact, earlier this year Ryan was voted Bachelor of the Year by Cosmopolitan and Tinder.

On top of the added attention, the award also came with a check for $5,000 which Ryan dutifully donated to rescue organizations. Certainly, the campaigner seems to be looking towards a bright future and Ryan is already thinking up plans that would capitalize on his current fame.

Speaking to Bored Panda earlier this year, Ryan outlined his current outlook on life: “I also have a dream to one day have my own rescue organization/farm to help rehome long term rescue dogs as well as behaviourally challenged dogs. Shelter dogs absolutely ROCK.”

For the time being, Ryan will have to make do with sheltering abandoned pooches as well as promoting their adoption online. But already his work has inspired countless people to welcome unwanted dogs into their homes. And for that he’s truly earned his title of the “world’s biggest dog lover.”