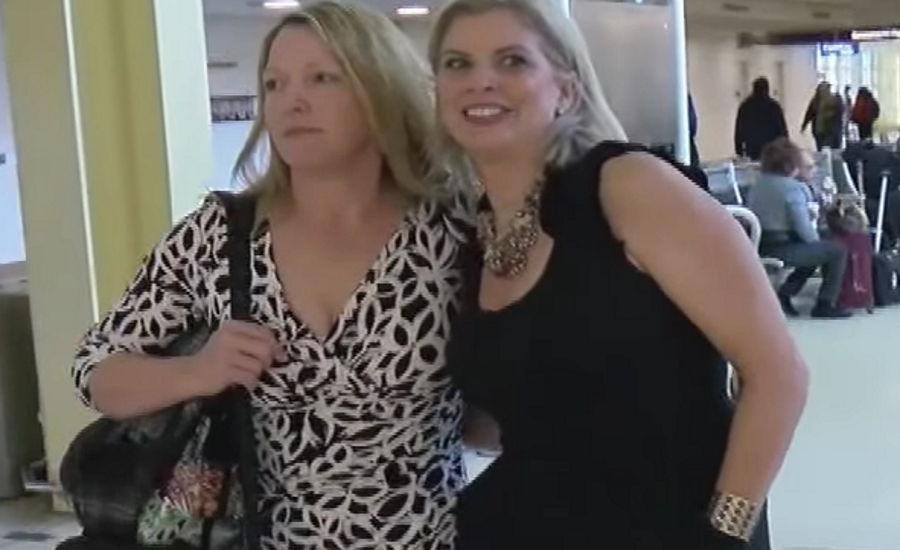 On a cold March night in Norfolk, Virginia, a passer-by made a shocking discovery: a tiny new-born baby, wrapped in a dirty towel, her navel tied with red yarn, abandoned and left to die at the side of the road. A tiny leg kicked out and she heard the baby scream. Scooping the bundle up in her arms she rushed to the nearby hospital.

Fate had intervened. The woman rushed with the baby to the nearby hospital. Four decades ago, news of Baby Jane Doe, as she was referred to, caused a sensation. How could someone leave a new-born baby in the cold, by the side of the road, wrapped in a dirty rag? The baby’s plight shocked the community.

Eileen Massie was one of thousands of Virginians captivated by the blond-haired, blue-eyed Baby Jane Doe whose face beamed out from her television screen, filmed in the nursery at the Children’s Hospital of the King’s Daughters. Massie and her husband had a 5-year-old son and craved another child to complete their family. She felt instinctively, that she wanted to love and care for this beautiful Baby Jane that so needed a family of her own.

Eileen Massie called Social Services several times a week, asking about the abandoned baby and was told that hundreds of families were interested in adopting her as well. After nearly two months of agony, Massie decided to make one last and heartfelt plea, such was her urge to care for this baby. She needed her and Baby Jane needed a mother.

The Massies got their baby, naming her Donna, and Baby Jane got a wonderful family who loved her entirely. But because the publicity and interest surrounding her had been so great, Donna’s story was kept a secret from those around her. It was only as a teenager that she shared her true origins with a few close friends.

The years went by and she never felt the urge or the need to delve deeper into the mystery. Surrounded by the love of her family, grounded in a happy upbringing, Donna had never wanted to upset what she felt was a blessing. But fast forward a few decades and Donna, now Donna Massie Wysong, saw a news story on her local station about another abandoned baby, that prompted her to share her story and revealed the biggest surprise of all.

Forty-three year after Donna Massie Wysong was abandoned at the side of the road with just a dirty towel to protect her against the cold, she decided to take a DNA test. A foundling, Wysong knew nothing about her biological parents, whether she had any siblings, or anything about the circumstances surrounding her abandonment.

After going public with the story of her abandonment for the first time, on her local news station, a good Samaritan in the form of genealogical investigator Angela Trammel got in touch to help. Working with Kin Finder Group, it’s a passion of Trammel’s to help foundlings search for their identity.

Remarkably, it took Wysong nine months to decide to take the DNA test – the gestational period for a baby. After months of investigation, Trammel discovered Wysong had Irish heritage, and, through other DNA links, helped Trammel find distant relatives, then closer relatives, including an aunt.

And then came the most dramatic news of all. Wysong had a full-blooded, biological sister, 11 months younger. But the shocks kept coming…Wysong’s sister had also been abandoned and was also adopted.

Wysong was stunned. Overjoyed and incredulous. A few hundred miles south, a long-lost sister, Vanessa Smiley, was feeling shocked and slightly nervous. But she needn’t have worried.

The two quickly made up for the four decades of lost time and felt that love and connection with each other from the moment they first made contact. They spent hours on FaceTime, texting and making regular video calls, staying up into the early hours, night after night, talking and filling in the blanks, putting the puzzle of their lives together.

It turns out, that just 18 miles from Wysong’s abandonment, Smiley had been left after her birth in a box on the steps of a vacant building in Virginia Beach. A passing door-to-door encyclopaedia salesman had thought he could hear a kitten mewling, but when he looked down, instead he saw a new-born baby.

Like Wysong, Smiley was adopted by a loving family and, like her sister, had not felt a need to go looking for anyone from her past. But as a gift, her in-laws had given her a genealogical DNA kit as a way to find out about her heritage. The two sisters were a perfect match.

Two weeks after their first phone call, Smiley flew into Washington, DC and the two sisters met for the very first time. They were able to see and touch each other, hug and really feel each other’s presence.

Their bond was instant and they both decided to try and find their mother. After some searching, Smiley was able to reach her by phone. Was this set to be another happy reunion?

The conversation did not go as planned. The sisters reached out to their biological mother, wanting to know the circumstances surrounding their abandonment, to forgive her if she sought forgiveness.

It was not to be. Their biological mother wanted nothing to do with them. But in the midst of their rejection and disappointment, Trammel rang with even more extraordinary news.

And then there were three…The two sisters also had a full, biological younger brother. But, crucially, he hadn’t been abandoned. He had grown up with their biological mother. So, Wysong and Smiley are now able to get some more pieces of the jigsaw after all.

A few months later, their brother flew to Washington with his wife, and the three siblings introduced their spouses and children to each other. It took four decades, but this monumental reunion is something Vanessa, Donna, and their brother will cherish for the rest of their lives.

And there’s room for one more surprise! Amidst the celebrations and excitement, Wysong announced that she would be moving. The two sisters plan to uproot their families and live close to each other.

Wysong and Smiley want to be together back in Virginia Beach. Back to the place where the story began, where they were left and where they are now found.